The Chips For Game Skills is active again after summer vacation period. CRGP started early September 2018 and will continue three following months. The fall semester will be hectic teamworking, aiming at publishing a game.

From Pitches to Teams

At Metropolia’s campus in Leppävaara, Espoo, the first session was an opportunity for game developers to pitch their ideas to an auditorium packed with students from Haaga-Helia, Laurea, Metropolia, Stadin ammattioppilaitos and Amiedu.

Eleven inspiring ideas were introduced. The variety of game platforms were from mobile and PC, from puzzles to fights and adventure sagas. The students were choosing their favorite team to join only based on the pitches. Differences in development stage were huge: some teams had only a well-thought idea, some were near to release.

Teams were tailored and grouped up by teachers leading the project work. Twelve teams start working on their games. The teams have multiple talents from different fields: even sound leads, voice actors and producers!

From ideas to games

Teams are working hard and learning how to produce and brand a game. Teachers and visiting lecturers will give expert advisory to teams throughout the developing process.

Getting to know each other in team and understanding various communication styles and personalities is key to creating a successful working culture. A professional attitude to given working roles, and breathing in tough situations, prevent conflicts escalating and give the teams possibility to work with good vibes.

As Mikko Kodisoja from Supercell has said in his interviews: whenever their new game succeeded, there was always an excellent team behind it. Let’s hope that these teams will also create successful games that make their way to PreBit Helsinki next April, and who knows, maybe they will be awarded the best student game 2019 in Bit1. 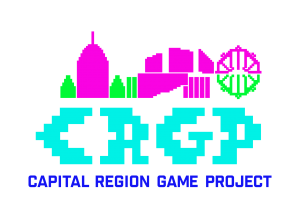