In the afternoon of 9th October we had a chance to hear Joonas Turner, who gave a presentation about sound design in games, and showed what an FMOD-program can do with sounds. FMOD is available for free for small budget projects https://www.fmod.com/. After that a panel discussion with Joonas, Ilmari Hakkola, Niilo Takalainen and Mikko Saarinen was lead by Mikko Raita from Stadin Ammattiopisto.

Sound design in games includes, for example, ambient sound, sound effects and narration. Sometimes the sound can be even better than images. With the sound you can create characters and worlds. It has also happened that the character is born from a sound. Sound can also help in branding, if the sound or voice of a character, for example, is very recognizable. 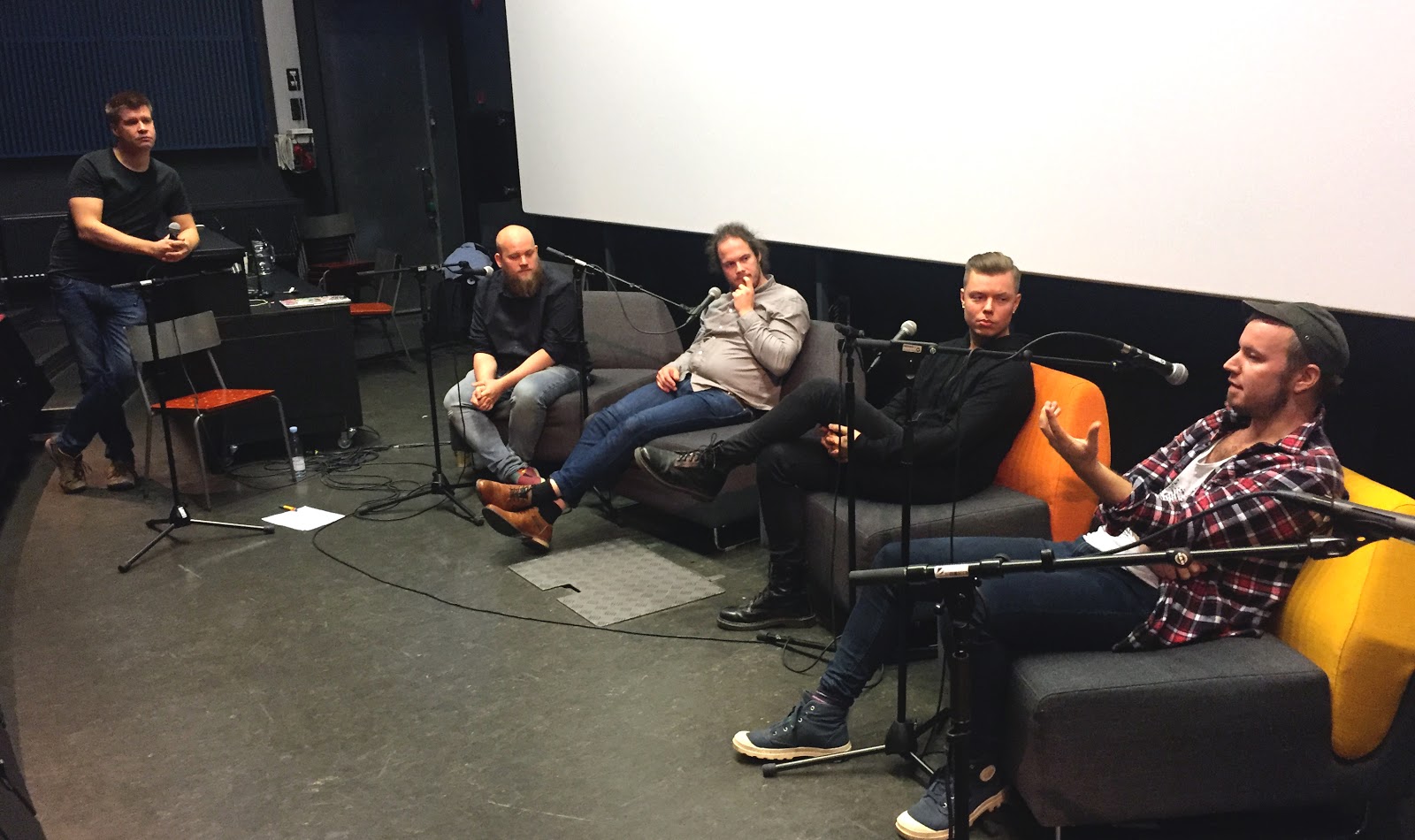 The most important things in sound design for video games are planning, planning and planning. If you have a “writer’s block”, you can always return to your plans. All panelists agreed that building of audio culture never ends. A lot of justification must have been done to get to this point where we are now.

Think about the platform; do you want good sound on speakers or on a phone. If you don’t have a lot of money and time for both, do just the other. All sounds don’t work on phones.

Participate in Game Jams and conferences! It’s the best way to learn and meet people. Creating a network is important and useful. It can be also done online, Marshall McGee, Cujo Sound and Blip Sounds are useful links, as well as a Facebook site https://www.facebook.com/Finnish-Game-Audio-Professionals-Association-410593086099782/.

Sound game designer and composer Joonas Turner from E-Studio, worked on Nuclear Throne, Broforce, The Badland series, Downwell and his ownTormentor X Punisher. Currently working on games such as Atomicrops, Bleak Sword, Noita and The Oddinary Highway as well as designing his new game.

Sound designer and composer Ilmari Hakkola, 15 years in the gaming industry and 6 years as Head of Audio at Rovio. Currently freelance and building the gaming company 4Good Games as well as the sound company Tonally.

On Thursday 11th October was time to have a specialist lecture by John Rantala, Publishing Director of Round Zero. His keynote was on Free-to-play Game Design and Monetization Pitfalls. In his presentation the main message was that it’s important to start planning the monetization mechanisms early on game development. 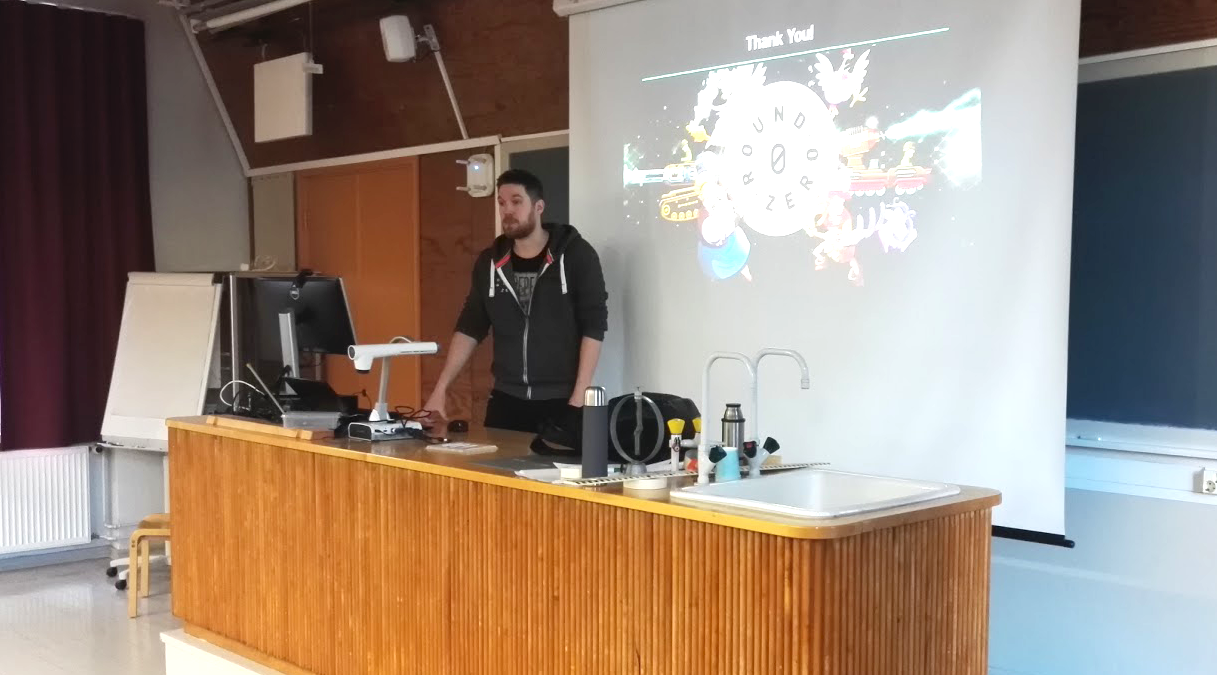 According to Rantala, before launching globally, the engagement and monetization evaluation rounds as well as soft launch should take place. If monetization is added last, it usually breaks the gaming mechanism in one way or another. Later added monetization solutions usually feel forced.

Rantala reminded of the importance to balance the solutions in order to gain success which is measurable with retention rate. Gaining a great retention, five things are to be considered; onboarding, difficulty curve, rewarding, infinite content, and offering incentives to player.

Students asked for more detailed examples, such as how to implement product placement, banner ads, subscription-based monetization and showing less ads in exchange for purchases. Mainly all of these monetization mechanisms are in use or at least possible to use, but one solution does not cover all situations. For instance banner ads do not create enough revenues so additional methods are usually needed.

Games Factory – a place to start

Afternoon continued with a field trip to Games Factory, an incubator of new game start-ups and working space for more seasoned experts. 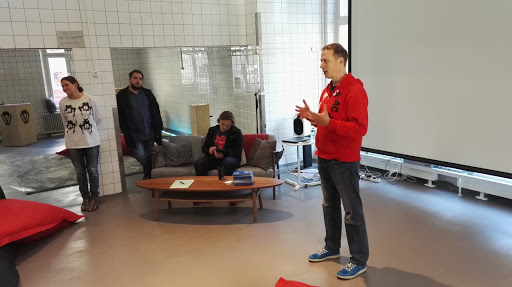 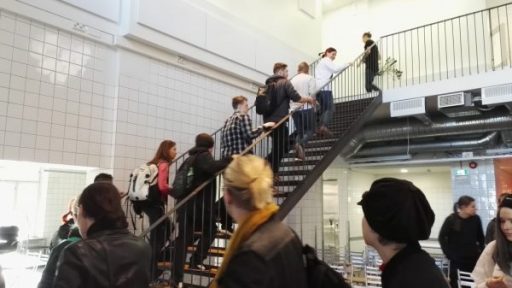 A house tour was taken, old kitchen and restaurant building has turned into working space for creative game industry companies, freelancers and experts. 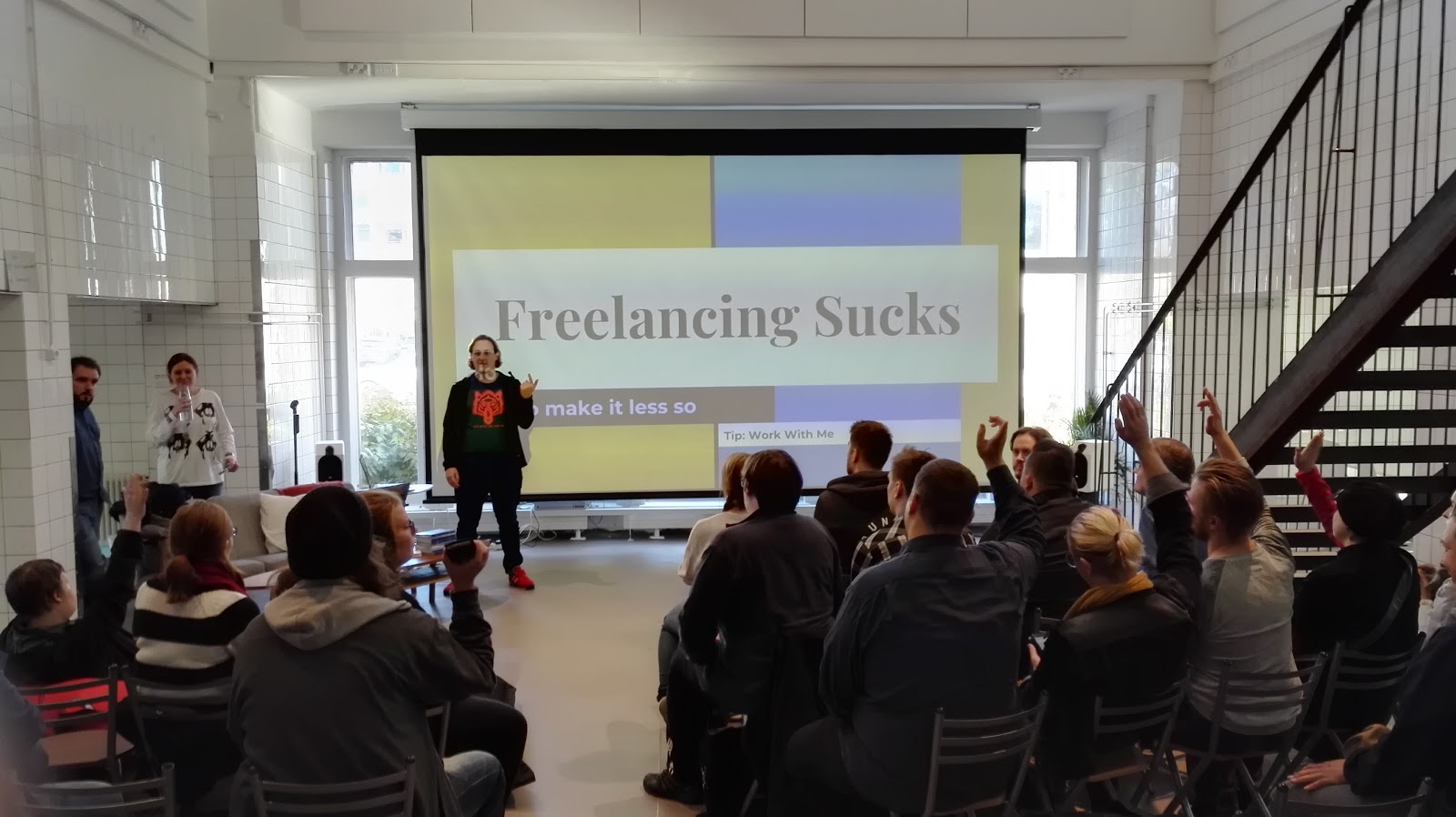 Another inspiring speech was given by Gregory Pellechi with the title Freelancing sucks. In his presentation, the harsh realities of being a freelancer were listed. As a freelancer one has many roles: accounting, marketing, networking, technology and security, personnel development, client relationships, and the actual work. Also, for a freelancer work the pricing was covered: the price should include insurance, rent, utilities, travel, meetings, training, equipment… all the necessary customer acquisition costs – before the actual working hours.

The conclusion was a set of recommendations, suit for all freelancers: ask money up front, don’t make per hour contracts, know your rights, know your value. Hire accountant and outsource other time-consuming tasks. 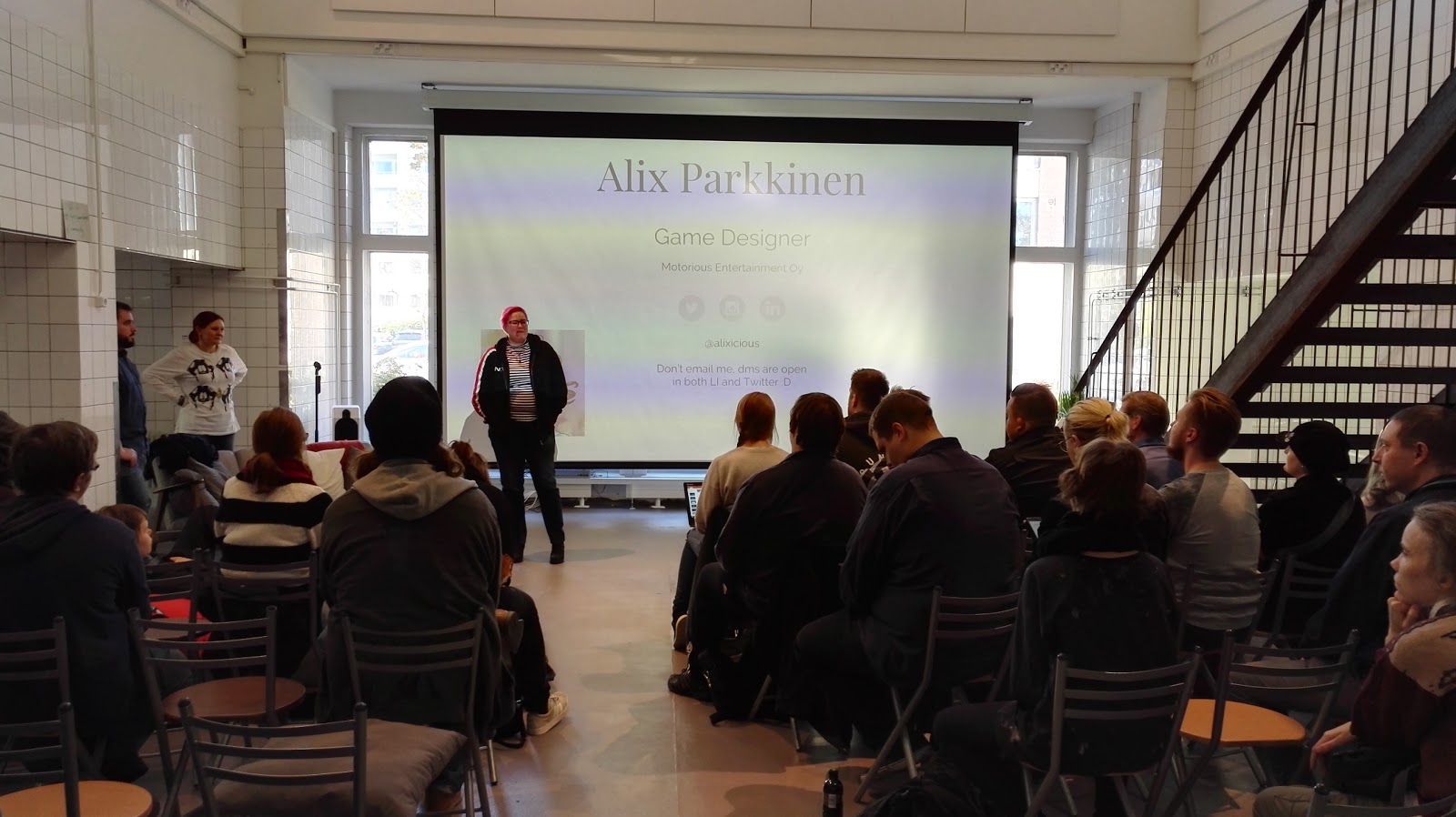 Alix Parkkinen from Motorius Games preached about importance of finding a team where one feels welcomed and all team members’ talent compliment each other. Her experiences were not limited to only one nation nor city but gaining experience from different settings. She emphasized how important it is to keep on learning different skills. 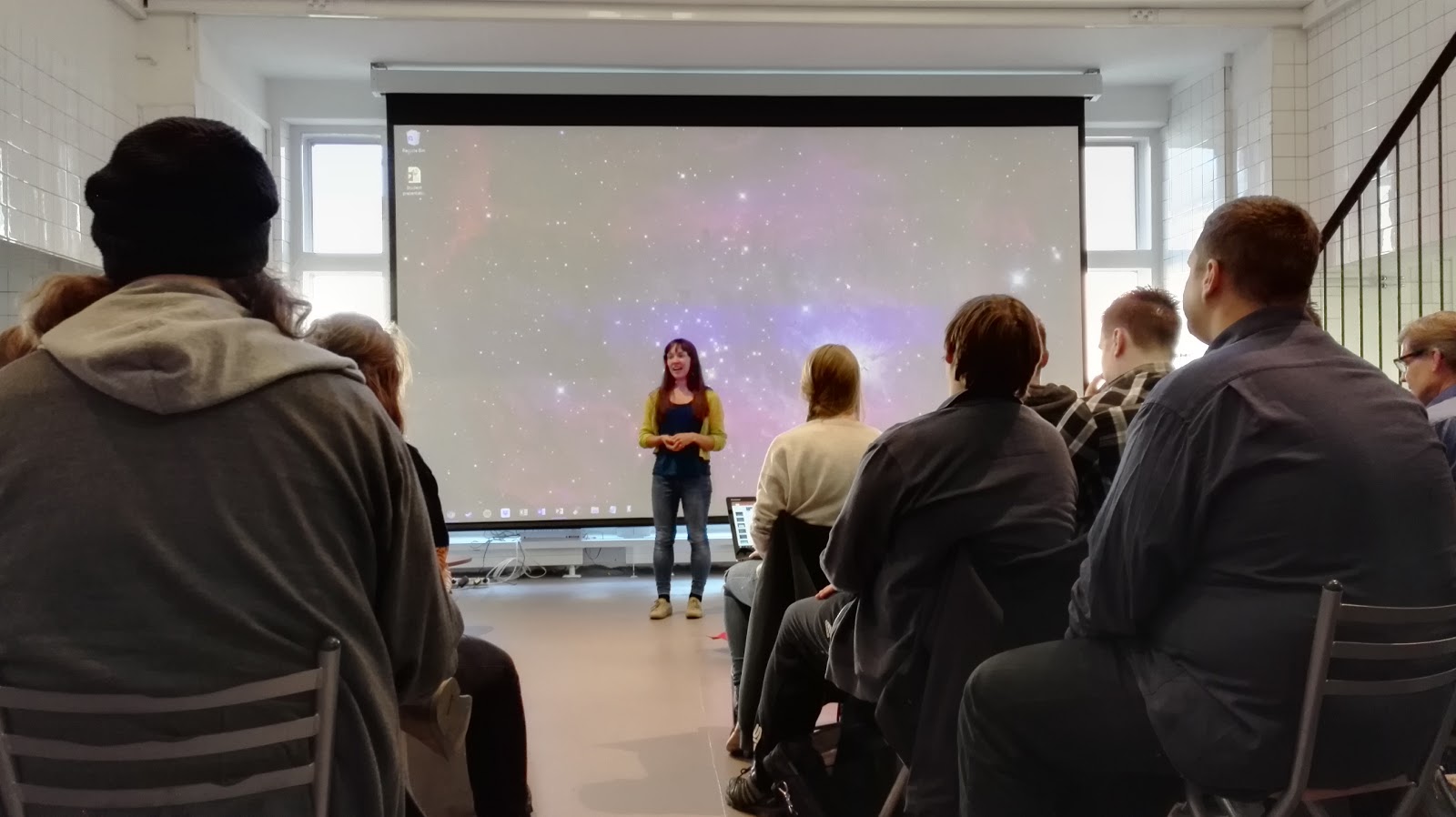 Marjo Sutinen continued with inspirational speech on the team selection. She claimed not being sure how she pulled together her current dream team members, but blaimed it on the odds. Her company Critical Charm was created last June. 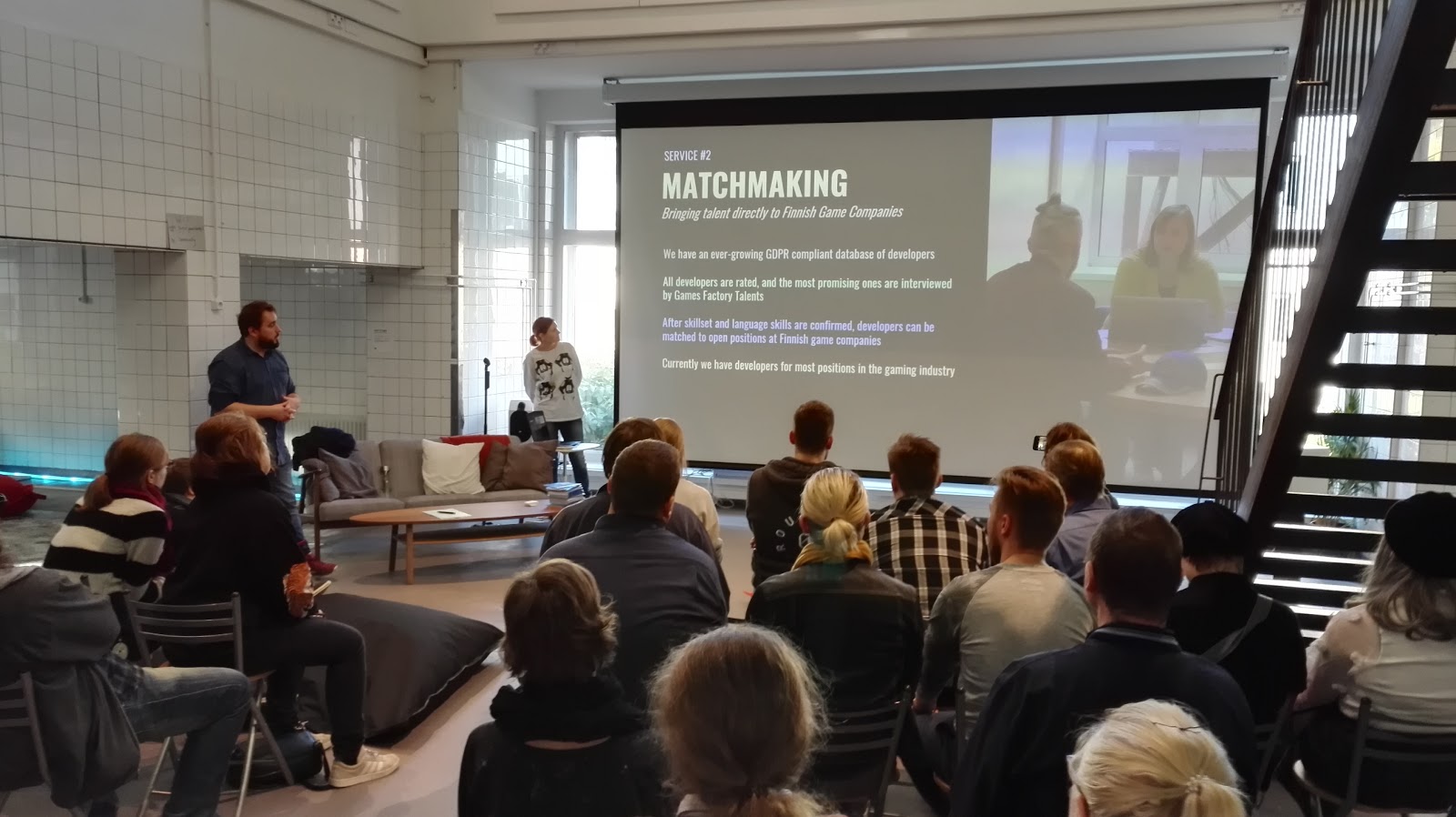